Phone Mounts for GPS in a Car
How to prevent my mobile phone from falling in the car when I use it as GPS?

How to prevent my mobile phone from falling in the car when I use it as GPS?

Many drivers with cell phones use them as GPS when they are driving to new destinations. Drivers try to find the right spot in their car to put the phone in a horizontal position to see the map like a traditional GPS monitor.

Some possible places are the space right over the middle air condition holes, the tray in the middle of the dashboard in some car models, or the cup holder tray.

The problem with putting your cellphone in one of those spots is if the driver makes a fast turn or runs into a bump in the road, it causes the cellphone to fall or flip over.

What is the best way to keep the phone from falling while the car is in motion?

Three reasons why drivers like to have their cell phones easily accessible on their dashboard:

While these are important reasons, we know that this isn't always possible and available with the cellphone holders out in the market. A lot of cellphone holders have a suction cup that loses its stickiness over time. However, this is not an issue at Mob Armor because we have opted for a magnetic approach.

Prevent Your Cell Phone From Falling with a Magnetic Phone Holder, Stand

You can prevent your cell phone from falling off your dashboard with a magnetic phone holder from Mob Armor.

After you purchase your magnetic phone holder, you will place the phone holder to the back of your cell phone.

The cellphone holder has powerful magnets. It will attach to any magnetic surface such as iron, steel, nickel, or other metals. You can place your smartphone anywhere in whatever position you need. And that is all you need to do to prevent your cell phone from falling while you're driving your vehicle. 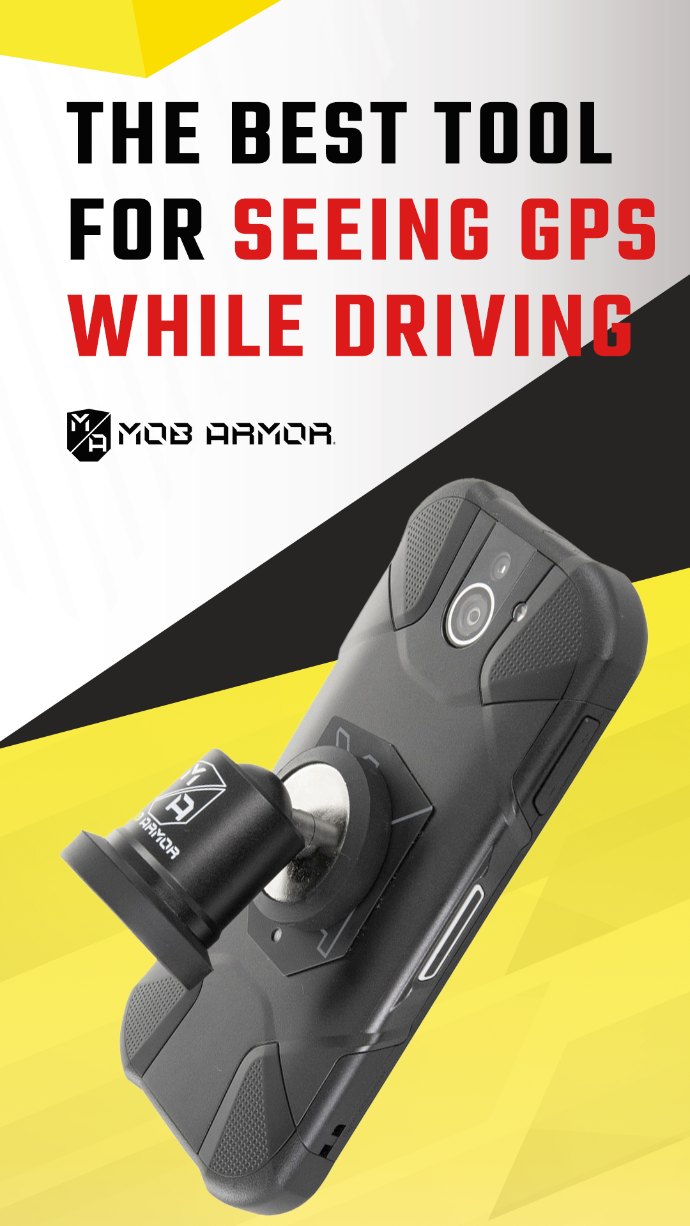 View the Magnetic Phone Holder, Mount, and Stand from Mob Armor on our website.